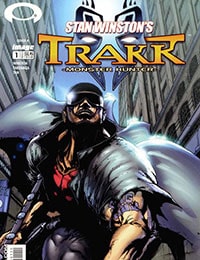 Present day. Trakk, the greatest hero our world has ever known, has been missing for decades. Modern media touts him as only ever being an urban legend, on a par with the albino alligator and Santa Claus. But he does exist and we join him at a crisis point in his long struggle. After all the years of fighting one battle after another on his quest, he only sees his failures and not the many times he has saved all humankind. Now he has all but given up. The once great hero has become a homeless drifter, a barely recognizable shadowy image of his former self. And at the time when we need him the most, he has crawled into the bottle so deep there seems no way out. Can he once again become the hero we need in time to save us all? Get ready for this one comic fans, it''s monster clobbering time!