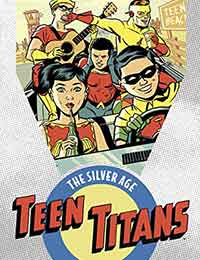 Only a short while after the first superheroes entered the scene, they were followed by a host of scrappy teenage sidekicks. Batman had Robin. The Flash had Kid Flash. Green Arrow had Speedy. Aquaman had Aqualad. By 1964 there were enough of these young heroes-in-training to form their own team—the Teen Titans! This youthful Junior Justice League came together to aid other youngsters and stomp out evil wherever they found it—all with the style and slang of the swinging ''60s. Dig it? TEEN TITANS: THE SILVER AGE OMNIBUS VOLUME 1 collects stories from THE BRAVE AND THE BOLD #54 and #60, SHOWCASE #59 and TEEN TITANS #1-11, from such talented writers and artists as Nick Cardy and Bob Haney.