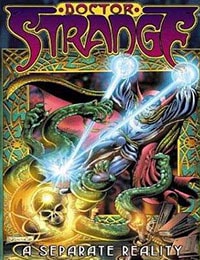 Stephen Strange was a man like any other. Proud. Arrogant. Cynical. But that was before a tragic accident robbed him of his surgeon''s skill, and sent him on a quest for knowledge that would take him to the remotest regions of the far east. There under the tutelage of the ageless Ancient One, the mysteries of the universe were laid out before him, and he became a man quite unlike any other; Doctor Strange, Master of the Mystic Arts! Collects Marvel Premiere (1972) #9-10 and #12-14, and Doctor Strange (1974 2nd Series) #1-2 and #4-5.