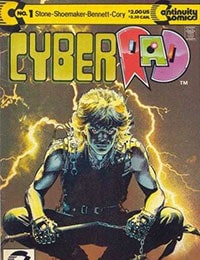 A frightened, confused teenager flees for his life when pursued by a pair of powerful and deadly robots. With no memory of his own identity, he has no idea why they''ve chosen him as their target. But what is most surprising is the fact that he''s not only surviving their assault, he''s actually able to fight back. The resulting battle only raises more questions: Why are they so intent on killing him and who''s responsible for their lethal programming? Is he some kind of robot or cyborg himself? His attackers seem to know all the answers, which only makes his situation worse. If the youth doesn''t fight back, he''ll definitely die. But if he succeeds in defeating his attackers, he may never learn the answers he so desperately needs.