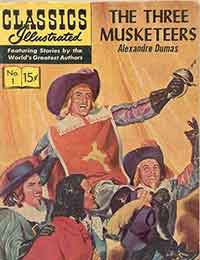 In 1941, Albert E. Kanter introduced Classic Comics, later renamed Classics Illustrated. Kanter''s idea was to use the comic form to make great literature accessible to readers who might never otherwise make the effort. Whether his idea represented a watering down of the classics, as some critics claimed, it was an amazingly popular move. Each of the 169 comics in this series were reprinted numerous times, with 23rd printings being relatively common. Their popularity even extended to schools, where the colorful, well-written adaptations must have seemed a welcome alternative to reading lengthy texts.