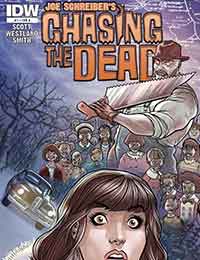 A stranger has kidnapped Sue''s daughter, Lily. But he doesn''t want her money, only her suffering--and he will kill Lily if Sue doesn''t follow his every command. With detailed instructions, the faceless abductor leads Sue into a blinding snowstorm on the longest night of the year to a place she has not traveled to since childhood. The voice on the other end of her cell phone somehow knows Sue''s deepest, most chilling secret --an ominous incident from her past, buried long ago... Chasing the Dead is a fast-paced, ferociously tense supernatural thriller from the twisted mind of Star Wars horror novelist Joe Schreiber (Red Harvest, Death Troopers).