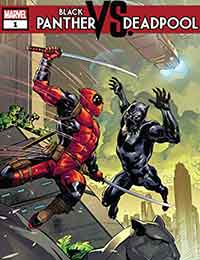 VIBRANIUM BULLETS AND REGROWING LIMBS – EVERYTHING YOU WANT FROM A COMIC IS HERE! Deadpool''s teamed up with, taken down or taken a beating from just about every hero in the Marvel Universe - And no way is the Black Panther going to miss out on his turn! From Late Show writer Daniel Kibblesmith comes a hilarious romp through Wakanda as Deadpool goes on the hunt for the world''s most valuable resource: Vibranium! When a beloved figure of the Marvel Universe becomes collateral damage in a fight between Deadpool and the Wrecker, the heroic Deadpool sets out to obtain a fragment of Vibranium that could save the victim''s life. But his unconventional methods — ranging from poaching to dismemberment — don''t sit well with the King of Wakanda, and Deadpool''s about to learn that you don''t bring a sword to a claw fight!